Challenge
Koshari Street is an Egyptian street food restaurant on St. Martin's Lane, central London. They are relatively new but had existing branding and interior signage. I was brought in by Essence as sole creative to re-design the interior and branding as it was thought these elements were not working as hard as they could be. Essence had done some research that suggested potential customers were being put off because they didn't know what koshari was or where it came from, or even that koshari was the name of the main dish being served.

Solution
The exisiting brand look and feel, although sophisticated and modern, didn't convey enough information to customers for a restaurant selling such a new and unknown style of food. Most potential customers of Koshari Street are time-limited office workers who pop out to buy something quick in their short lunch-break and we realised they weren't being brave enough to venture over the threshold to put in the work of finding out what this new place was offering.

Researching similar ethnic restaurants we established the importance of the cultural heritage of the dish as a factor in selling the concept to people so we recommended the use of large format traditional koshari sellers and market place imagery, plus the use of more traditional serving dishes, but budgetary constraints meant these were not possible.

I designed a bold graphic in the entrance, quickly showing people what Koshari consisted of. The fact that koshari is Egyptian street food was made clear on the exterior. I commissioned the wonderful food photographer Ola to shoot the menu items to create a vibrant eye-catching menu that visually explained the meal offers and other items. This wall-mounted menu was designed to be modular so that individual panels could be easily and cheaply replaced if need-be. 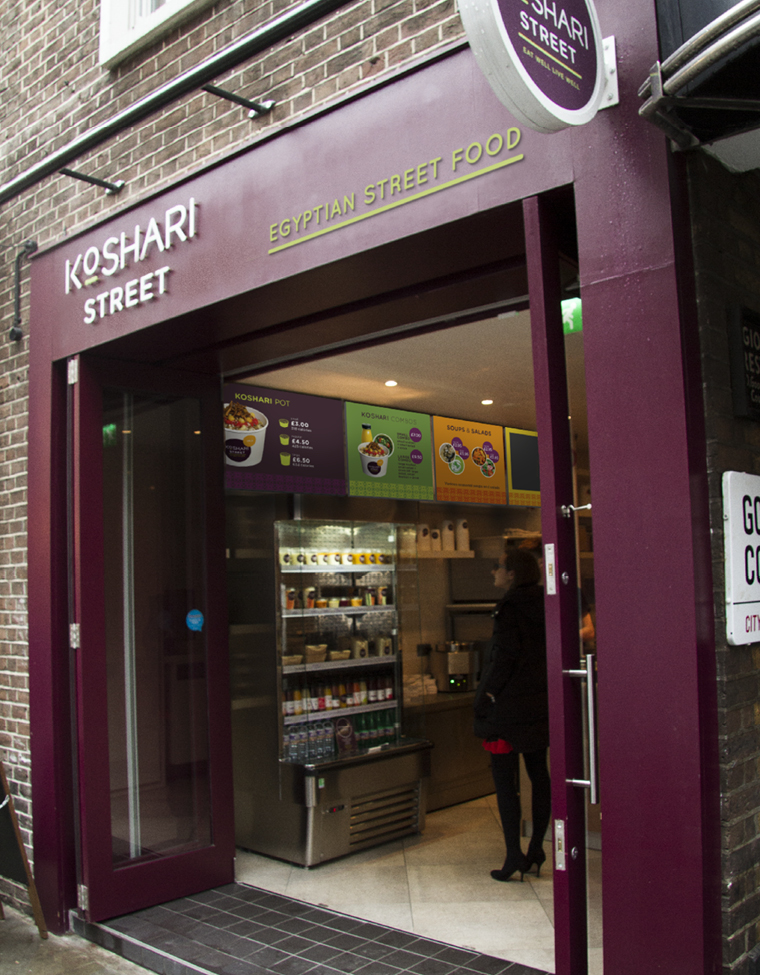 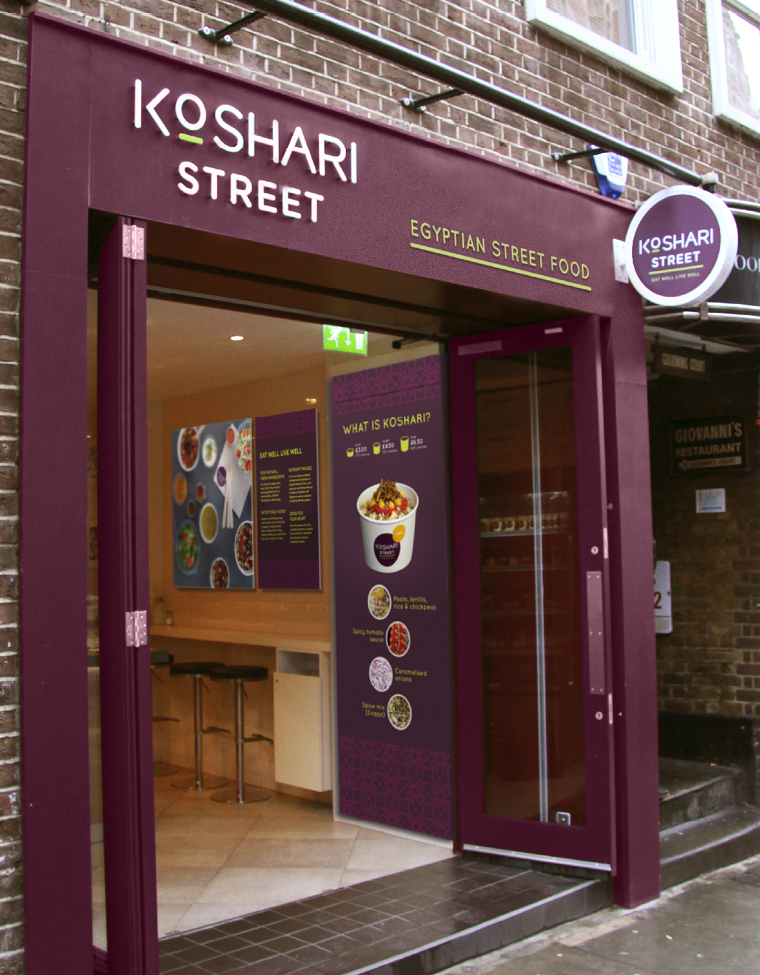 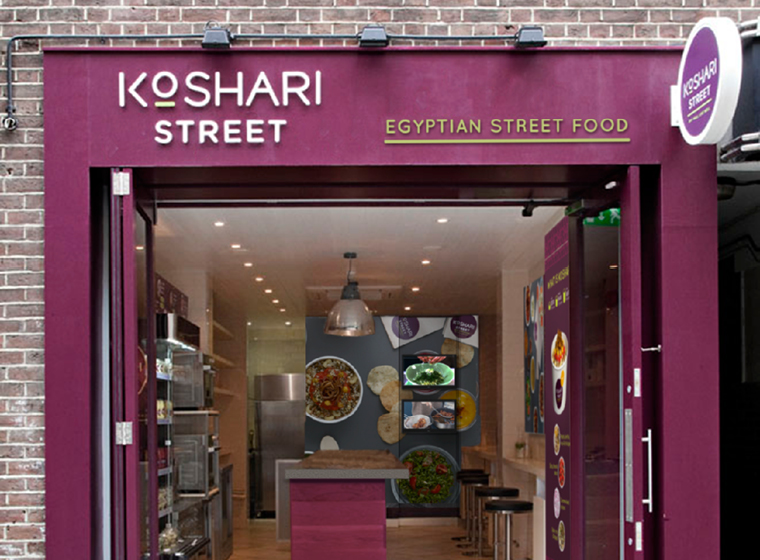 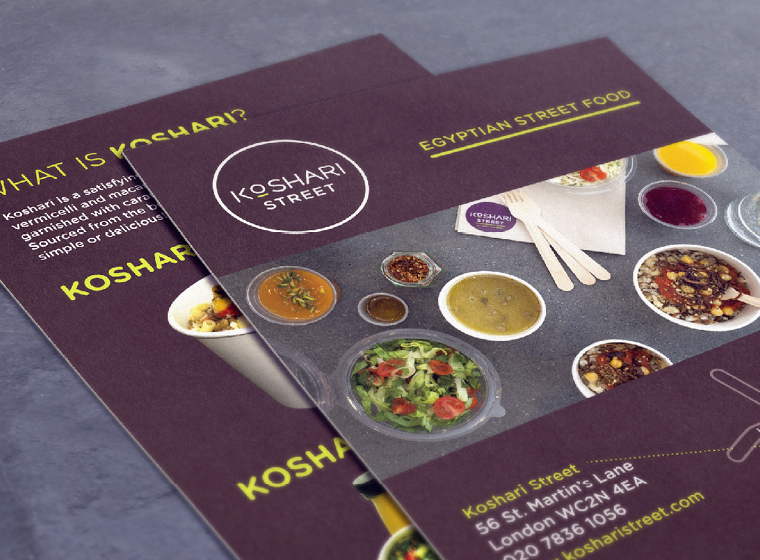 SilberzahnCreating the look and feel of a style blog